Stay up to date with all of the latest news with SZapp!

Read More
The recipients of our Whatever You Do, Do Well awards this week: 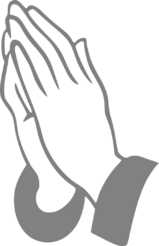 We thank you for our holidays and for the good times that we had.

We thank you for the break from school, for the sleep-ins and the fun.

We ask your blessing on all that we do in this coming term.

Help us to know that you are with us always, celebrating with us when things are great, and comforting us in times of stress.

With the guidance of your Holy Spirit, may we, as parents and teachers, strive to do our best for our students throughout the term, using the gifts that you have given us.

We also welcome our Kinder students for 2019 who started a four week orientation today.

Read More
Our Kinder Orientation continues for the next three weeks.

Children should wear comfortable clothes and a hat, and bring a piece of fruit, recess and a drink and on the full days, lunch.

The following students have been chosen to read at our School Feast Day Mass at 12.30pm on Tuesday 23 October.  If your child is not available please contact Mrs Haworth or the school office so a replacement can be arranged.

This term many of our teachers are completing two on-line courses and they will be released from class to complete this study. Both of the courses, Traffic Jam in my Brain  and Learning with Dyslexia explore the best current practice in teaching and learning across all Key Learning Areas.

who celebrate their birthdays next week.

We hope you enjoy your special day.

Mrs Emma McRae will be visiting our school during Term 4 on the following dates: 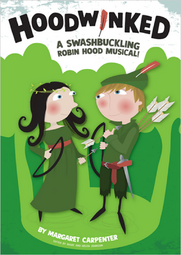 Our end of year play is Hoodwinked which is a modern and witty Robin Hood musical adaptation and great fun for all.
The play will be performed at a matinee on Thursday 13th of December and following the presentation of our awards that night.
Mrs Harland is conducting auditions which started today.
We are asking for parents to volunteer with making and organising costumes and props.  Please click on the link below to volunteer - we need your help!
Volunteer to help with School Play

Operation Christmas Child is a project of Samaritan’s Purse. It partners with local churches in developing nations to reach out to children by providing gift-filled shoeboxes and bringing the Good News of Jesus Christ. After receiving shoebox gifts, many children are also invited back to participate in The Greatest Journey – an evangelism and discipleship program.

We need to have your donations by Wednesday November 7th for collection by November 9. 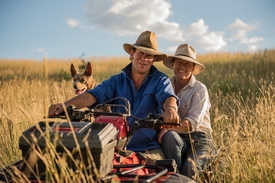 Everyone is most welcome to attend

Sam and Jenny last visited St Mary's in 2012, and it will be lovely to have them back.  They are brought to us courtesy of Riverina Bluebell.

Sam Bailey is a farmer, pilot, husband and best-selling author. He has achieved all of those from a wheelchair….and has an incredible ability to take an audience on the journey of his life.

From a childhood growing up in the Australian bush to a car accident in the outback that turned his life upside down and its aftermath, Sam tells his story in his own down-to-earth laconic style that captures the great Australian spirit of ‘having a go’.

He relates how he beat the odds to fulfill his life-long dream to be a farmer, learning to ride a four wheel bike; devising a hoist to get into farm machinery and ultimately learning to fly an ultralight.

Sam then found his soul mate in former Tamworth-based ABC radio Rural Reporter, Jenny Black – who he proposed to “live” on regional radio. The real-life proposal jammed the phone lines and the fax ran out of paper.

Their story appeared on ABC TV’s “Australian Story” in 2000 with an overwhelming response and was published in April 2006 in their book ‘Head Over Heels’.

Today they live and work together on their beef cattle property in North West NSW, in between travelling the country telling their story and giving inspiration to others.

They are also working towards their next big goal – Sam becoming the first quadriplegic in the world to fly a helicopter and flying into schools to inspire children to fulfill their own dreams and goals.

The project, called Helifirst, will be launched during 2018.

You can find out more information about Sam and Jenny at their website www.sambailey.com.au

The Department of Education and Training are collecting data from St Mary's as per the Australian Education Regulation 2013.

Please refer to the letter below which provides information on this collection.

The draw has been released.  To clarify the St Mary's teams:
The CPS website and Facebook have been updated with details including the draw, merchandise, court allocation, location and accommodation directory.
Links to the draws are also here - just in case:
Junior Girls Draw - Saturday @ Menai
Junior Boys Draw - Saturday @ Sutherland
Senior Boys & Girls - Saturday @ Bankstown

PAYMENT IS DUE TO THE SCHOOL OFFICE NOW.

If you do not want to order online, order envelopes have been sent home and sibling envelopes are available at the school office.  These must be back to the office by Friday 2nd November.

Unfortunately the Family Bowls Day set down for this Sunday has had to be postponed until Term 1 2019. This will be a meet, greet & welcome to new families.

The canteen menu is available on our website and app at any time. The parish will not be holding their Melbourne Cup raffle this year, due the current drought conditions. 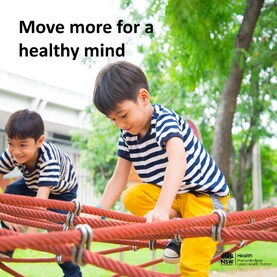 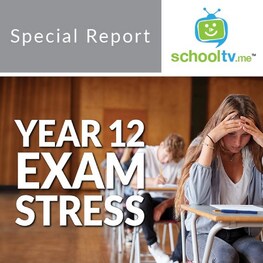 Students in their final year of school are considered a high-risk group for depression and anxiety. Sleep deprivation, diet and social media are some of the biggest issues faced by this group of teens. Therefore it is vitally important that a student's mental health is looked after as well as their physical health.

Keeping things in perspective for students and parents alike, can help prevent everyone getting overwhelmed. Although this final year is important, it is not necessarily the most important year of your child's life.

There are many strategies that students can implement to help themselves. Parents can provide support, not only emotionally, but also practically by keeping their child well-nourished and encouraging physical activity.

In this special report, parents will find useful tips to support their child during this often stressful time. We hope you take time to reflect on the information offered here and we always welcome your feedback.

If you do have any concerns about your child, please contact the school counsellor for further information.

Here is the link to your special report http://smwms.nsw.schooltv.me/wellbeing_news/year-12-exam-stress-special-report

A talk to our school community by Sam and Jenny Bailey from 11.30am to 12.30pm in the school hall.

You can find out more information about Sam and Jenny at their website www.sambailey.com.au

Scienza Viva has been taking science activities to schools throughout NSW since 2001.

at the McAlister oval cricket nets